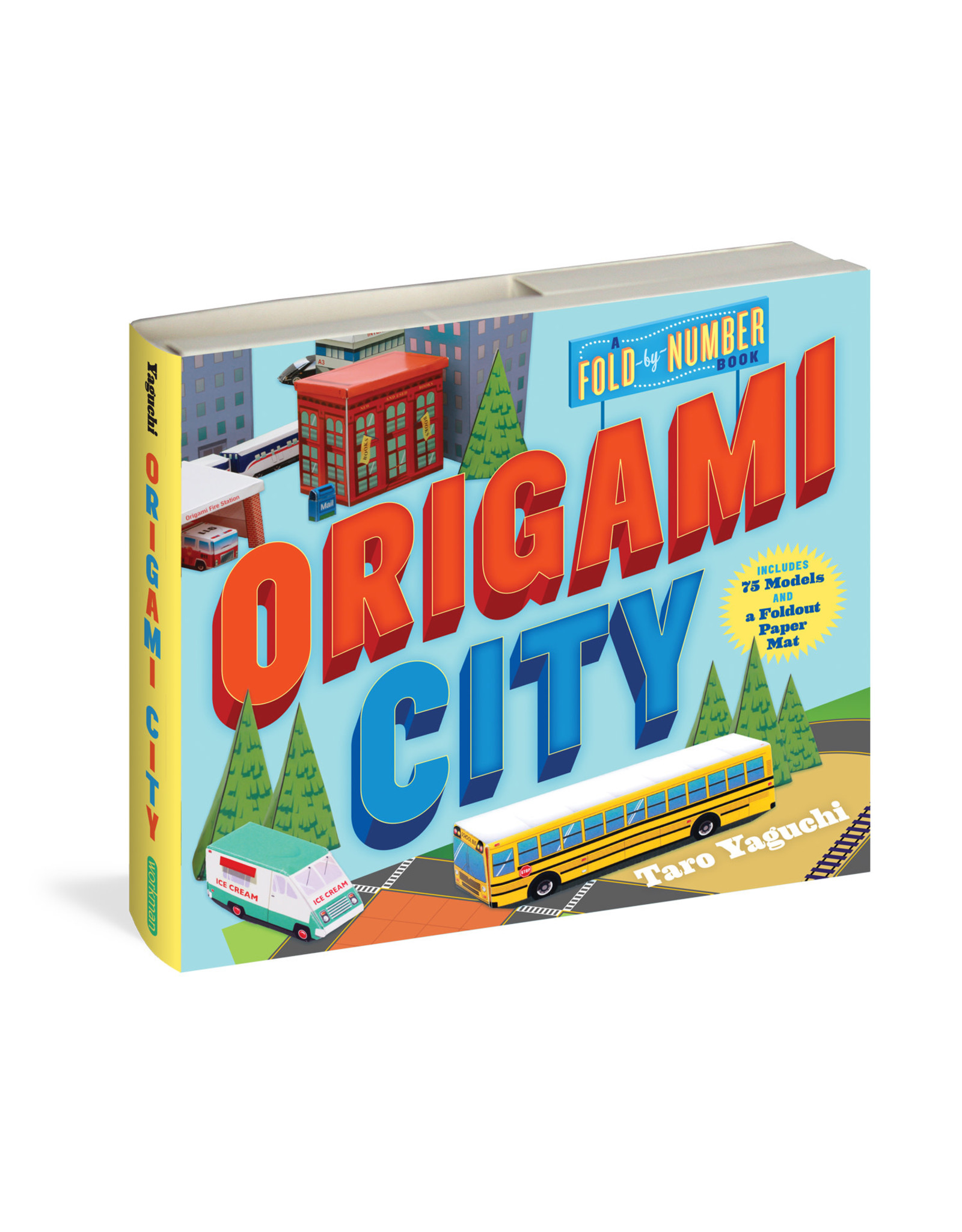 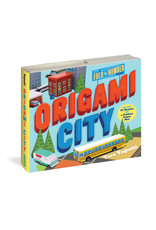 Created by certified origami genius, Taro Yaguchi––who has not only mastered the ancient Japanese art of paper folding, but now introduces his own innovation called Fold-by-Number––Origami City will have you building every part of a paper-folded city: an eleven-story apartment building, a town airport complete with a plane, cars, a train, an ice cream truck, trees, cats, dogs, a rabbit, and even little chipmunks that play in the park. And you’re in charge. It’s like being an architect, an engineer, a builder, an urban planner, and a mayor all in one.

The kit includes 75 models to fold (with step-by-step instructions), 104 sheets of specially printed origami paper with numbers and lines for folding, and a full-color foldout play mat with roads and more.